Ehsan complexes station is located in south of ehsan square, because of the proximity to high-rise residential complexes in the territory of Dracut Mount, Barfforoushan and Maali Abad is one of  the  population density areas. So it will be profited by Ehsan station passengers which is at the end of line1 and beginning of line 4. 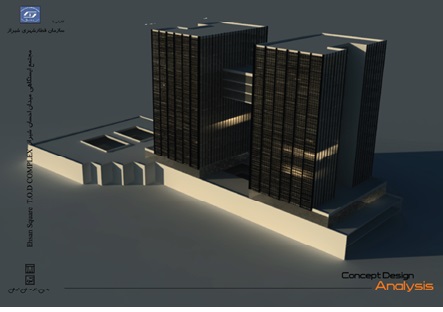 Due to lack of  urban area point in envierment area of this complexe Considering the complexes significant features in terms of height and paranoma of Maali Abad axis and Farhang shahr,   Arterial access, Beginning and end of two main train line and… play an important role as urban landmark.